Where is Egypt located 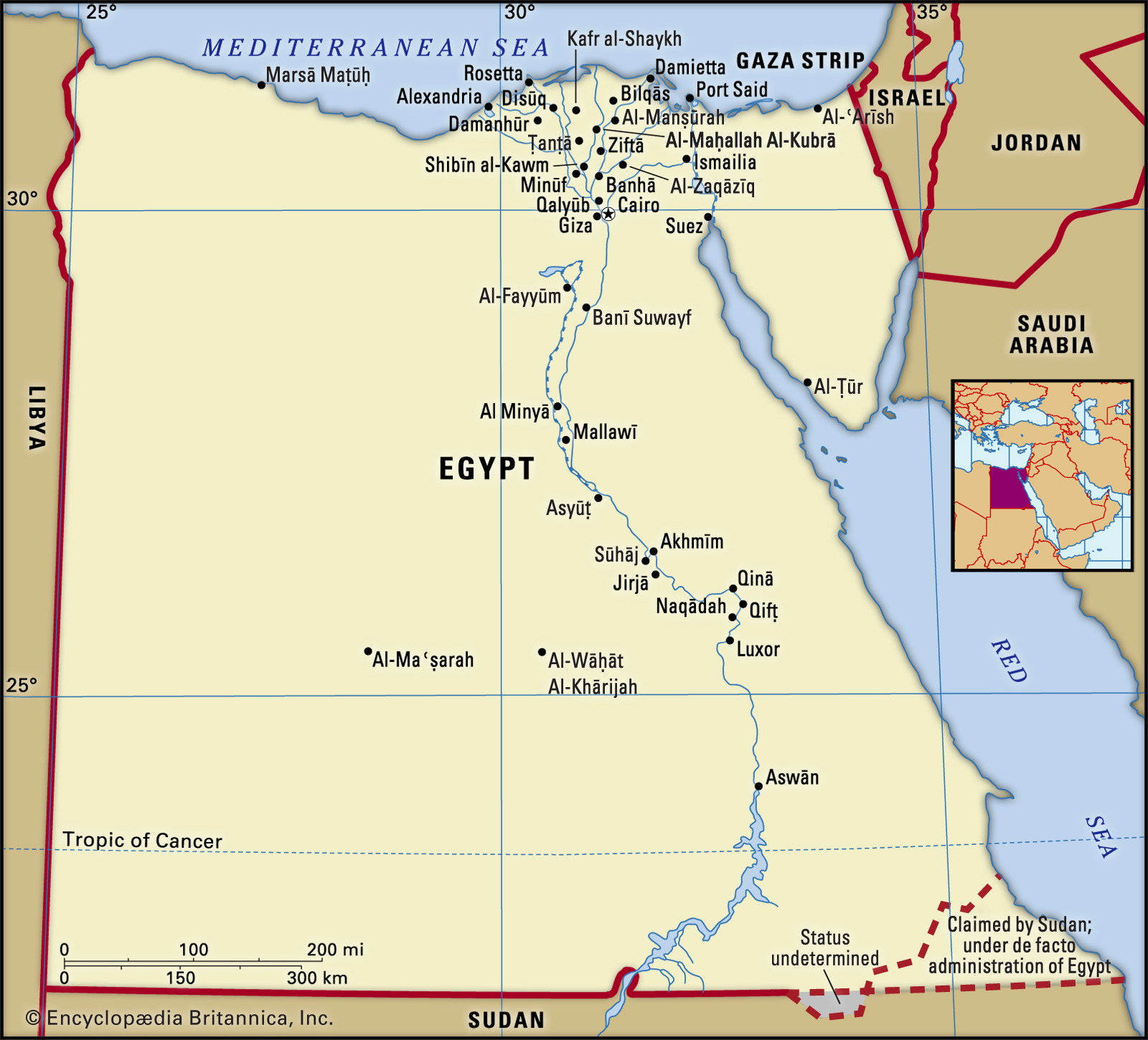 Egypt is located in northeastern Africa with its capital located in its largest city: Cairo. Egypt is also expanding in Asia with the Sinai Peninsula. The country is bordered by Israel and the Gaza Strip to the northeast, Jordan to the east, Sudan to the south and Libya to the west. In the north of the country, it is the Mediterranean and the Red Sea to the east. Geographically, it is dominated by the Nile River and its fertile valley, as well as by the deserts of East and West. Egypt is one of the most populous countries in Africa and the Middle East. The vast majority of its 80 million inhabitants live on the banks of the Nile.

Egypt is the bridge between Africa and Asia, and the most populous Arab country in North Africa.

The total area of ​​the country is 1,002,450 km2 of which more than 90% is arid surface. Egypt. The country is bordered on the north by the Mediterranean Sea, on the east by the Gaza Strip, Israel, the Gulf of Aqaba (through which it has contact with Jordan and Saudi Arabia) and the Red Sea, on the south by Sudan and on the west by Libya.

The largest geographical unit – 2/3 thirds of the country’s surface – is the Libyan Desert on the western side of the Nile. The topography of the region is hilly with an average altitude of 260 m above sea level. From a geomorphological point of view, the Libyan Desert is regarded as a plateau made up of limestone rocks and boulders (sand dunes) that form real seas of sand. The surface of the Libyan desert is adorned with several oases, such as the Siwa Desert which lies below the sea level; Bahariya, Farafra, Kharga, Faiyum or DaKhla. The highest point of the desert is Gabal (1934 m) and the lowest point is the Qattara depression with an altitude of 145 m below sea level.

Other important regions: East Arabian Desert – east of the Nile, Nile Valley and Sinai Peninsula.
The Nile Valley is the main artery of Egyptian life. About 95% of the total population of 81 million inhabitants are concentrated here and all the economic and cultural activity of the Egyptian society is carried out here.
The desert / mountainous landscape of the Sinai Peninsula – located in Asia – is separated from the rest of the country by the Suez Canal.
On the Sinai Peninsula is also the highest point of the country: Mount Katerina (Jabal Katrina) 2637 m.