Private tour to Luxor from Cairo by Flight

When you book with an account, you will be able to track your payment status, track the confirmation and you can also rate the tour after you finished the tour.
Sign Up
1053

If you are visiting Cairo enrich your stay by a visit to the world largest open air museum Luxor the cradle of ancient Egyptian civilization.

Luxor tour from Cairo will allow you head to Luxor and visit the Valley of the Kings in the West bank to see Colossi of Memnon, Temple of Queen Hatshepsut and Valley of Kings. Crossing to East bank you will see the grandeur of both Karnak and Luxor temples. Lunch will be served at a local restaurant during the tour. The over day Luxor trip from Cairo by flight a highly recommended tour

Pick up from your hotel in Cairo to Cairo international airport for your flight to Luxor. upon arrival to Luxor you will meet your guide who will take you to the fascinating city of Luxor to explore its ancient ruins, monuments and tombs. Luxor is considered the largest open air musuem in the world it is estimated to contain one third of the world’s monuments. Upon arrival you will cross the west bank to visit the Valley of Kings The Valley of the Kings is the place where the kings and the powerful nobles of the new kingdom built there tombs in where the king’s formal names and titles are inscribed in his tomb along with his images and statues. On route see the Colossi of Memnon. These are two statues of Amenhoteb III built of single sand stone that measured 20 meters high. The colossi used to guard the mortuary temple of Amenhoteb. Successive inundation gnawed away the foundations of the temple and only the colossi remains. Then stop at the Temple of Queen Hatshepsut. This temple was built by Queen Hatshepsut to perform the rites of the nether world. In the Deir el-Bahari a fairly recent nomenclature from the 7th century B.C. when the Copts used it as a monastery. The Temple is composed of three impressive rising terraces, split by a road. A tree lined avenue of sphinxes led up to the temple, and ramps led from terrace to terrace. The porticoes on the lowest terrace are out of proportion and coloring with the rest of the building. They were restored in 1906 to protect the celebrated relief’s depicting the transport of obelisks to Karnak and the birth of Queen.
The cross the Nile again to visit. The Karnak temple is an open air museum and is considered the second tourist attraction after the great pyramids of Giza. The Karnak temple complex is huge, covering a site almost a mile by two miles in area. There are over 25 temples and chapels in the complex, including separate shrines for the three boats that took the statues of the gods on their annual trip on the flooding Nile. Sanctuaries, obelisks, and groups of columns all feature accounts of the heroic deeds of the sponsoring pharoah. The temple consists of a main area the precinct of Amun Re and other fewer temples and sanctuaries located outside the enclosing walls. There are several avenues of Shpinxes statues connecting the different zones of the temple as well as with the Luxor temple. 30 Pharaohs contributed to the construction of the Karnak temple resulting in a unique architecture not seen any where. The most spectacular of the temples at Karnak is the Temple of Amun (Amun’s Precinct), the only section open to the public. This is entered via the Avenue of the Sphinxes. The whole complex was built over a period of 1300 years, beginning in the 16th century BC, and includes several of the finest examples of ancient Egyptian design and architecture. Among them are the Hypostyle Hall, considered one of the world’s great architectural achievements. It is filled with 134 enormous pillars, the highest 70 feet tall, and each about 45 feet around. The whole thing covers 64,586 sq ft. The Obelisk of Thutmose I, a 22m (71ft) monument, is the only one of four original obelisks that is still standing. And finally stop at the Luxor Temple. Built mainly by Amenhoteb II and Ramses II. The temple was the focal point for rituals and festivals. The temple has great pylon with carved episodes from the battle of Kadesh when Ramses defeated the Hethisi. In the temple there is the twin Obelisk of the one present at the Concord square in Paris. Luxor Temple is huge in scale — it once housed a village within its walls. It has several pylons (monumental gateways) that are some 70 yards long. The first pylon is over 70 feet high, fronted by massive statues and several obelisks. There are several open areas, once used for various forms of worship but now empty. Later additions include a shrine to Alexander the Great, a Roman sanctuary, and an Islamic shrine to a 13th-century holy man Abu El Hagag. 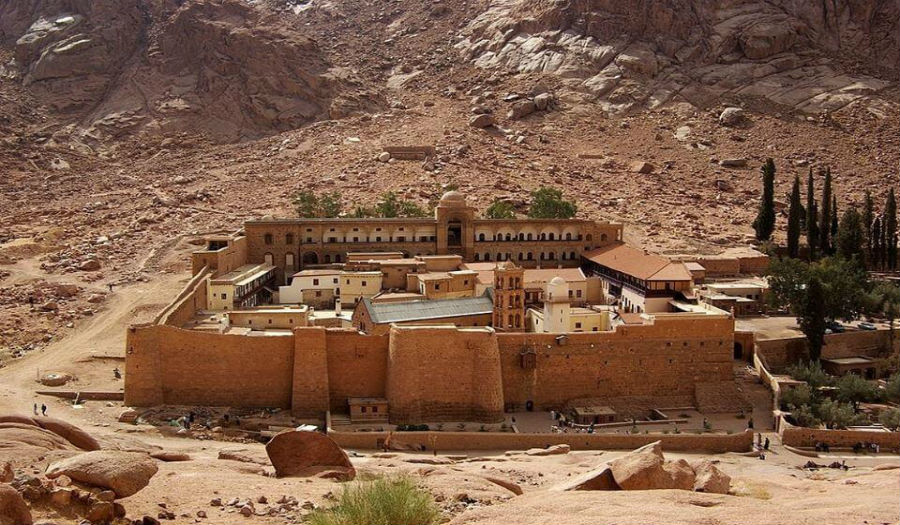 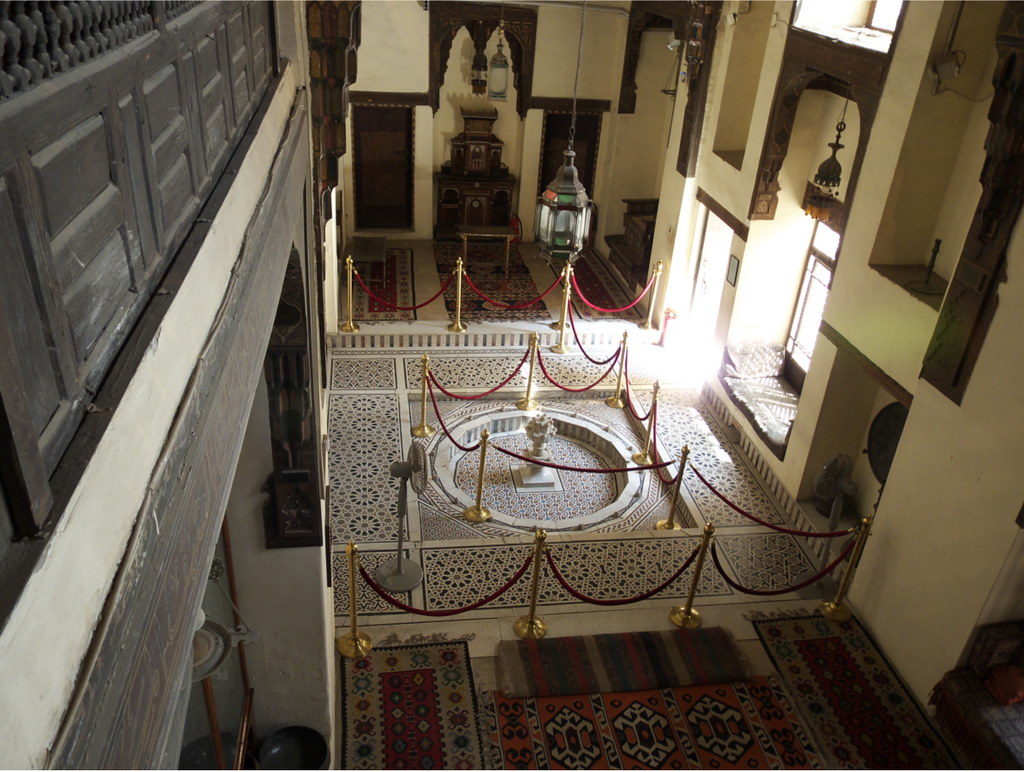 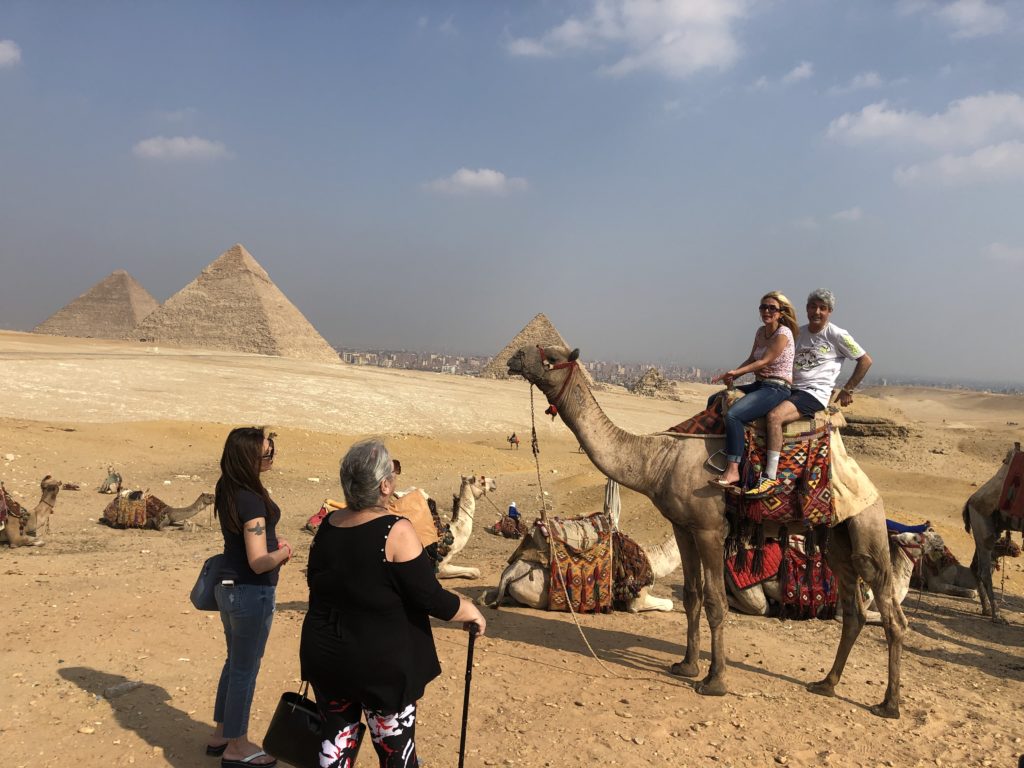