It is traditionally believed that it was erected on the site of a unique Alexandria library, completely destroyed in antiquity. Your imagination will be amazed at the amazing architecture of the library building – after all, it personifies the solar disk, symbolizing the main Egyptian shrine. Its hall is the largest in the world: it seats more than two thousand readers. 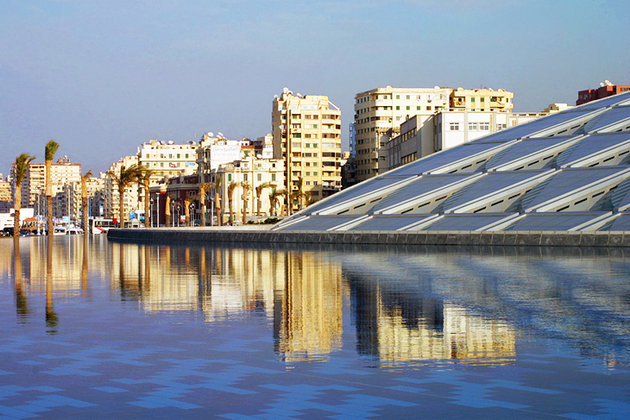 The complex includes four museums: the Museum of Antiquity, the Museum of Manuscripts, the Museum of Sadat (former President of Egypt), as well as the Museum of the History of Sciences. Very interesting Kulturama – a cinema dedicated to the historical and cultural heritage of Egypt. The screen here has a semicircular shape and consists of nine huge computer monitors. All screens are interactive, and by clicking on a certain button designating a particular monument, the guide tells about the history of Egypt, dating back several thousand years. 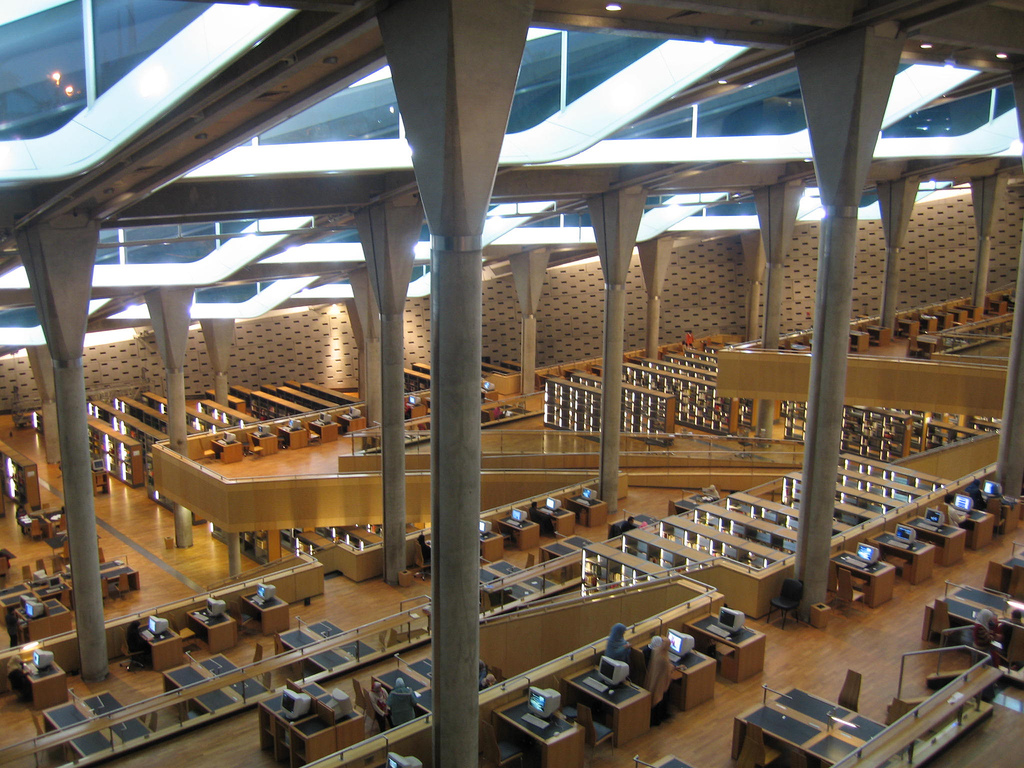 Plans for the revival of historical heritage have been hatched for decades, starting in the 1970s. An initiative group of professors and scientists from the University of Alexandria turned to Egyptian President Hosni Mubarak and convinced him, as well as UNESCO representatives, of the advisability of building

The foundation stone of the new Alexandrina library was laid in 1988, the Norwegians who won the special competition and the Austrian architect Christoph Kapelle were involved in the construction. Since the design of the building was very complex, and also taking into account the importance of the structure being constructed, many other construction companies from other countries were involved

What is also interesting, funds were attracted from almost three dozen countries that voluntarily donated about $ 100 million. The first work began in 1992, and construction was completed in 2001. The grand opening of the library of Alexandrin took place on October 16, 2002.

The library can store over eight million books of impressive size, and the spacious reading room has spread over 11 levels of cascading type, with a total area of ​​70,000 square meters. There are libraries for people with disabilities, for children, several museums, galleries, as well as a planetarium and laboratory for working with ancient manuscripts, where scientists are engaged in the restoration of ancient manuscripts and the study of history

The architecture of the Alexandrina library makes the building recognizable around the world. The central reading room is located under a roof of 32 meters, made entirely of glass, and its diameter is 160 meters. Graphic characters from 120 written systems of the world are carved on the walls of Aswan granite.

The Alexandrina Library, or New Alexandria Library, is a library and cultural center located on the Mediterranean coast in Alexandria, Egypt.   The idea of ​​building a library on the site of the ancient Alexandria library arose in the early 1970s and belonged to a group of professors at the University of Alexandria. By the mid-1980s, they were able to convince Egyptian President Mubarak and UNESCO of the need for construction.   The new Alexandria Library was designed by Austrian architect Christopher Capelle and opened in October 2002. This is a modern version of one of the oldest libraries in the world. For its construction, an international consortium of the Norwegian architectural bureau Snøhetta was created with English and Italian construction companies.   The issue of financing the library was resolved at a conference in Aswan – the governments of Iraq, Saudi Arabia and the United Arab Emirates provided $ 65 million, $ 27 million were donated by another 26 countries, the Egyptian government allocated $ 120 million, and UNESCO took part in financing the project.     In 1992 – preliminary work began on the construction of the library, in 1995 – directly work that was completed in 2001. On October 16, 2002, in the presence of many foreign leaders, the grand opening of the library took place.   The unusual building is made in the form of a huge cylinder of glass and aluminum. The inner arch rests on thin concrete columns with capitals in the form of a lotus flower, which rise above a huge reading room. The library complex also includes a spherical building, which houses a conference room, a planetarium with a dome and the Archaeological Museum.   The library is designed to store 8 million books, the main reading room has an area of ​​70,000 m² at 11 cascading levels. The complex also includes a conference center, specialized libraries for the blind, teenagers and children, three museums, four art galleries, a planetarium, and a manuscript restoration laboratory.   The complex is characterized by a very expressive architecture. The main reading room is located under a 32-meter-high glazed roof, overturned to the sea like a sundial, and 160 meters in diameter. The walls are faced with Aswan granite, with graphemes carved on it from 120 different human writing systems.     The collection of works in the Alexandrina Library was donated from around the world. The transmitted Spanish documents date back to the reign of the Moors. France handed over documents related to the construction of the Suez Canal. The library has a mirror of the Internet Archive.   The ancient Alexandria library was founded at the beginning of the 3rd century BC (c. 234 BC). If the Lighthouse of Alexandria was destroyed by an earthquake and time, then the ancient Library of Alexandria was undoubtedly destroyed by people. Now it is difficult to ascribe the death of the library to any one event or to unequivocally blame it on someone – pagans, Christians or Muslims. Among experts, there is no consensus on the date and causes of the death of the library. Scientists still argue about how and when it disappeared.   The exact location of the ancient library of Alexandria is still not known. However, it is believed that the main building of the Library of Alexandria was located in the middle of the palace complex in Brucheillon, as part of the Museyon – the ancient Academy of Sciences.