One of the main questions of the history of the architectural monuments of ancient Egypt is the reason why the Great Sphinx on the Giza Plateau near the pyramids of Ancient Egypt was left without a nose. Scientists tend to blame Napoleon’s troops for this, who, on the orders of the emperor, used the watchful guard of the desert as a target for firing. As a result, the half-man-half-left was without a nose, reaching a height of human growth. It happened allegedly in the period from 1798-1801. during the Egyptian campaign of the French army. Is this true and what is the reliable historical documented information in favor of this version?  The Prophecy of the Sphinx It is authentically known that in antiquity the body of a huge Sphinx with huge paws was covered with sand to the very face. There is a legend that it was in this condition that Thutmos IV found him, not being Pharaoh yet. The fact is that he was the 11th son in the family, and the throne was known to be inherited by the very first child in the male line, and his chances were very small. 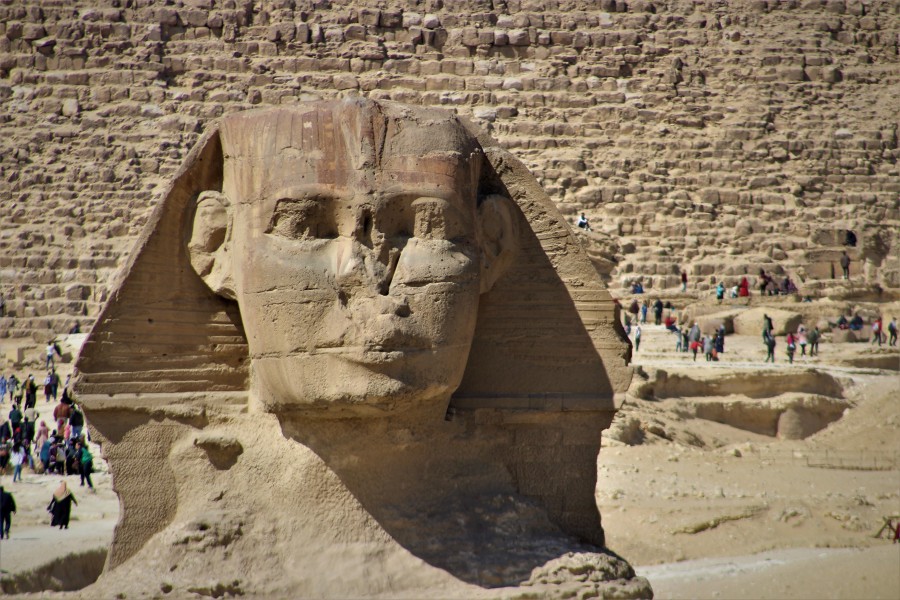 While walking in the desert, the king took a nap in the shade of a huge Sphinx and had a dream in which he asked him to clear the sand, as he had difficulty breathing. In return for what he promised to make him soon the pharaoh of ancient Egypt. Thutmose laughed because he knew his position very well. But he decided to clean the Sphinx. Then he ordered to decorate the pedestal of a lion with a human head with stone bas-reliefs telling about this story. The entire body of the Sphinx was freed from sand only during archeological excavations in the 19th century. This is evidenced by the numerous engravings and descriptions of famous European artists of the time. It was found that the torso was extended at 57 m and 20 m wide. The sight of the impenetrable hulk of the Great Sphinx is turned to the East. Since ancient times, the Arabs called this huge sculpture the “Father of Terror”. 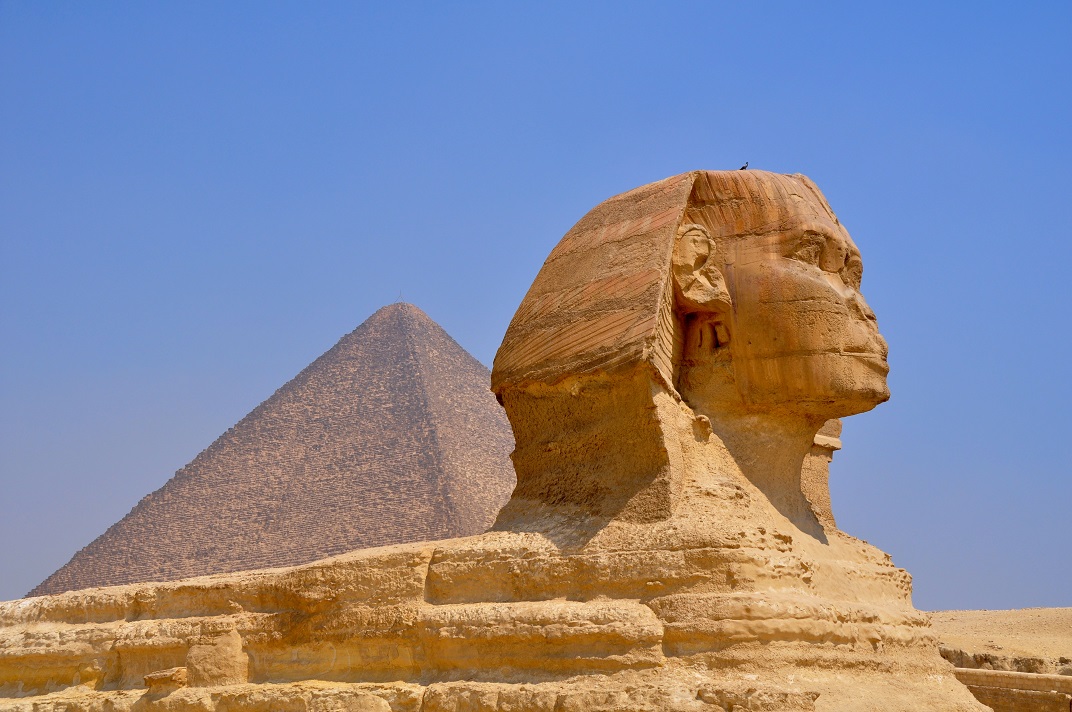 Napoleon changed the history of ancient Egypt?  Nowadays, even after restoration work can be seen on the face of the Sphinx, which, according to scientists, repeats the external features of the pharaoh Khafre, chipped stone and cracks. Has time really left its mark? Modern historians claim that not only the image of the great monument of architecture of ancient Egypt, but also the history of civilization was significantly distorted by order of the emperor of France. It is known that the emperor respected the history of a great state. But to create his own image and to leave his mark in the chronology of ancient Egypt, he ordered to erase the names on the tombs of the pharaohs and from numerous architectural masterpieces.

Get a close look at the Sphinx
From US$ 30 PP

The sources indicated:  “The European movement began in Egypt from the end of the XVIII century with the famous expedition of the Emperor Napoleon of France. As part of his team were scientists, archaeologists, but this did not prevent them from changing the history of the ancient civilization.

Napoleon ordered gunfire batteries in the Sphinx.  But then the question arises: where did guns appear in the French army in the XVIII century, when they were not invented yet? On the contrary, with the French campaign in Egypt, the rapid development of the science of Egyptology began.

Expedition of Napoleon is trying to decipher the writing of Ancient Egypt.  Scientists who arrived at the conclusion of Napoleon: “To bring Egypt into the light” could have engaged in barbarism in relation to ancient cultural monuments.  The conclusion of his words was the export of thousands of historical relics of ancient Egypt to France. Under the guise of a scientific expedition, they were deposited in European museums, where they are still kept.

Champollion Expedition: Egyptian hieroglyphs decoded In his scientific work, Francois Champollion, who set out on a scientific expedition to Egypt, about half a century after Napoleon’s visit, abandoned the theory of Gorapolon. Recall that the first attempts to decipher the ancient Egyptian writing were made over a millennium before Champollion discovered the Rosetta stone.  The beginning of research in the field of the study of Egyptian hieroglyphs was laid French