One of the parts of the Old City of the Egyptian capital is called Coptic Cairo. Here in ancient times was the center of Christianity. Since then, this area of ​​the city, where several religious buildings have been preserved, is a kind of repository of Christian culture in the now Muslim country.

Almost all the local churches are active, their entrance is free. Extraordinarily interesting and informative is the Coptic Museum. Other local attractions are the fortress of Babylon, the hanging church of the Virgin Mary, the Greek Orthodox monastery of St. George. In general, this quiet oldest district of the city is a kind of window into the history and culture of Cairo, and of Egypt as a whole. 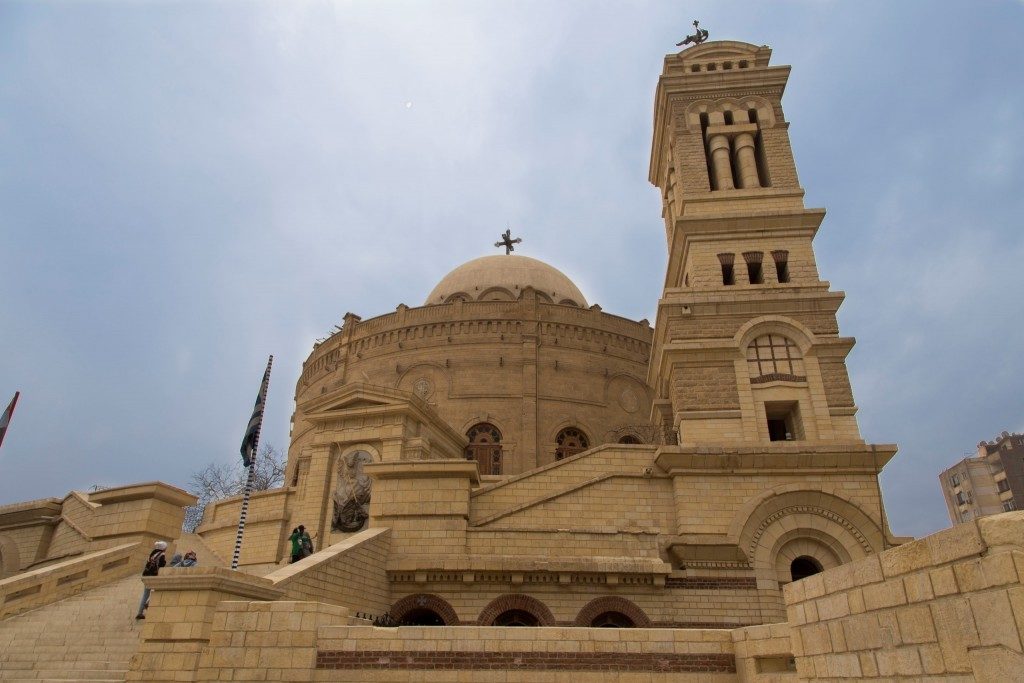 One explanation why the foundation of the church has an unusual circular layout is that the church was probably built on an ancient Roman round bastion.

At the underground levels of the church are the remains of Greek Orthodox partriarchs. At the cemetery is another Greek Orthodox Church of the Assumption of the Virgin.

The church is open to the public from 9 to 17 hours, but the monastery is closed to the public. The Church of St. George dates from the tenth century, and may have been built earlier. However, the building that is now located at this place was built at the beginning of the 20th century, when the church was rebuilt after the 1904 fire.

It should be noted that this is the Greek Orthodox Church of St. George (Agios Georgios), and not the Coptic church, as it is often incorrectly considered. The inscription in Greek near the main entrance testifies to this.

The church is open from 9 to 16:30. This is one of the oldest churches in Cairo. From the fourth century, when it was built, the church was destroyed and rebuilt many times. 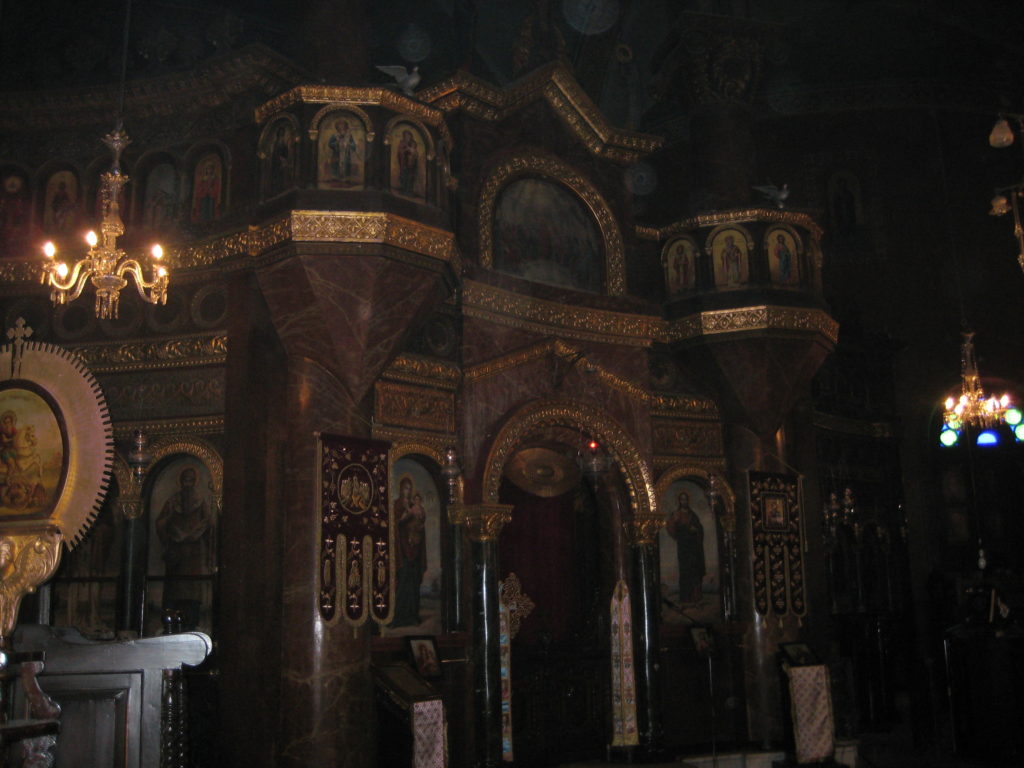 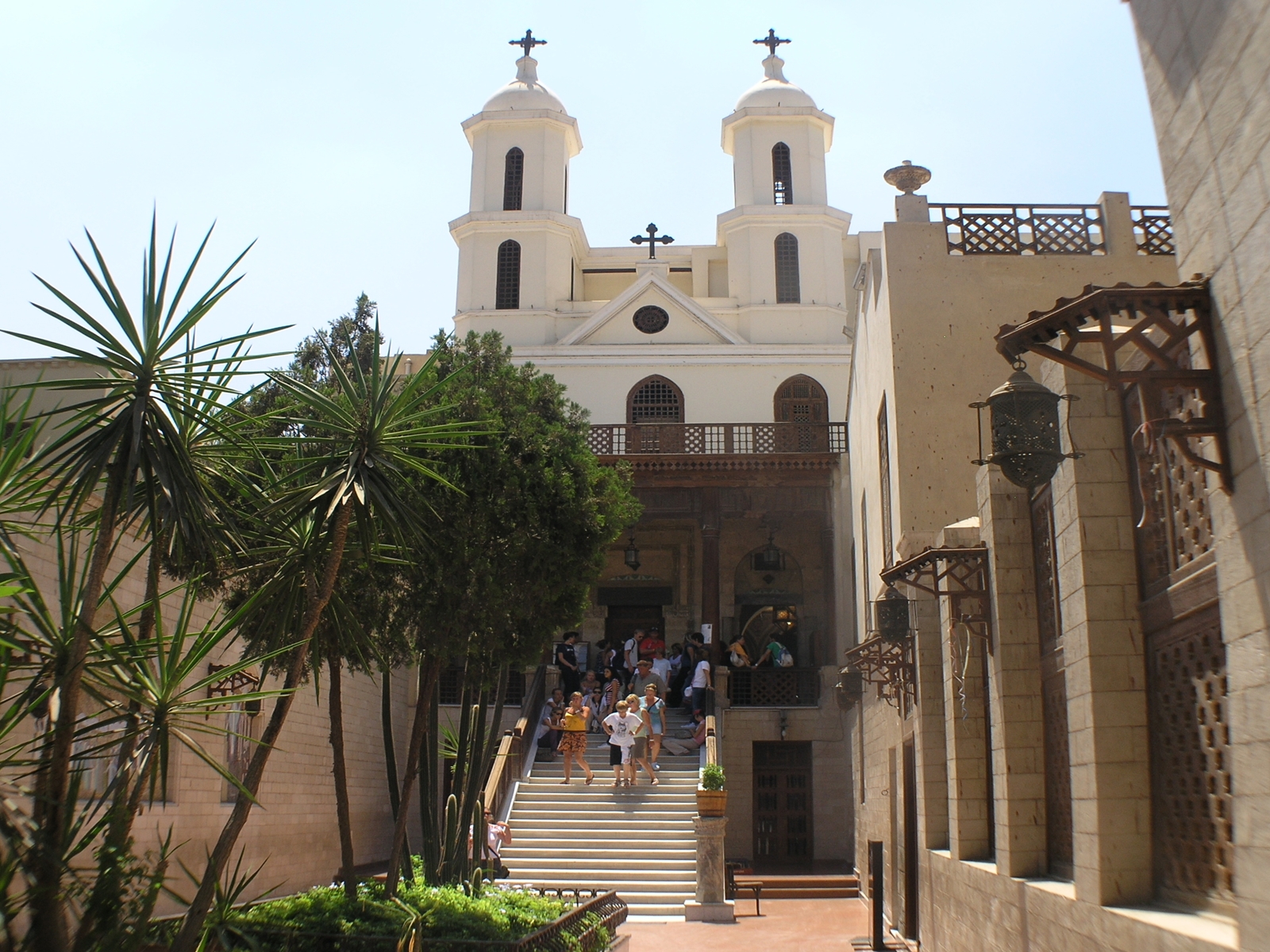 It is also located on the street Marie Girgis. Built in 690 year. The church is called so because it was built on the southern gate of the Roman fort. Palm trunks and layers of stones were laid on top of the Roman ruins to form the foundation of the church. The hanging church is a unique structure, the wooden roof of which has the shape of Noah’s Ark. From the 7th to the 13th century, the church served as the residence of the Coptic Patriarch. Important elections and religious ceremonies were held here.

Only 110 icons are kept in the Hanging Church, the oldest of which is called the Coptic Mona Lisa and dates back to the 8th century AD. e. It depicts the Virgin Mary, Jesus Christ and John the Baptist. Numerous icons of the altar date back to the 18th century. 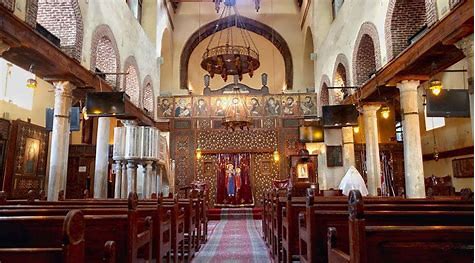 This is one of the famous Coptic Orthodox parishes. The church building is one of the oldest in Cairo, dating back to the fifth or sixth centuries. However, like many other buildings of Coptic architecture, it was rebuilt several times, most significantly at the end of the 11th century.

This is an ancient walled city or castle in the Delta of Egypt. It was located in Heliopolis Nome, on the east bank of the Nile at the beginning of the Pharaoh’s Channel (also called the Ptolemy Channel or the Traian Channel) connecting the Nile to the Red Sea. The fortress was located on the border of Lower and Middle Egypt, where riverboats paid duties on the way up or down the Nile.

Diodorus ascribes the construction of the first fort to the rebellious prisoners of the Assyrians during the reign of Sesostris, and Ctesias dates it back to Semiramis, but Josephus Flavius ​​relates the construction of the fort to 525 BC to the highest probability. e. The fort was allegedly built by the Babylonian followers of the Persian king Cambyses (529-523 BC). Later, the Romans built a new fortress with typical Roman masonry near the Nile.

The oldest surviving synagogue of Egypt, dates back to the ninth century and is located in a former church built in the fourth century. The synagogue was founded in 1115 in a building that was previously the Coptic church, when the Copts were forced to sell it to raise funds for the payment of taxes by Ibn Tulun (835-884, founder of the Tulunid dynasty, which ruled in a state centered in Egypt). Famous documents from the Cairo Geniza (the largest archive of medieval Jewry) found in the foundations of the synagogue are of great interest to modern scholars of the medieval period in Egypt.