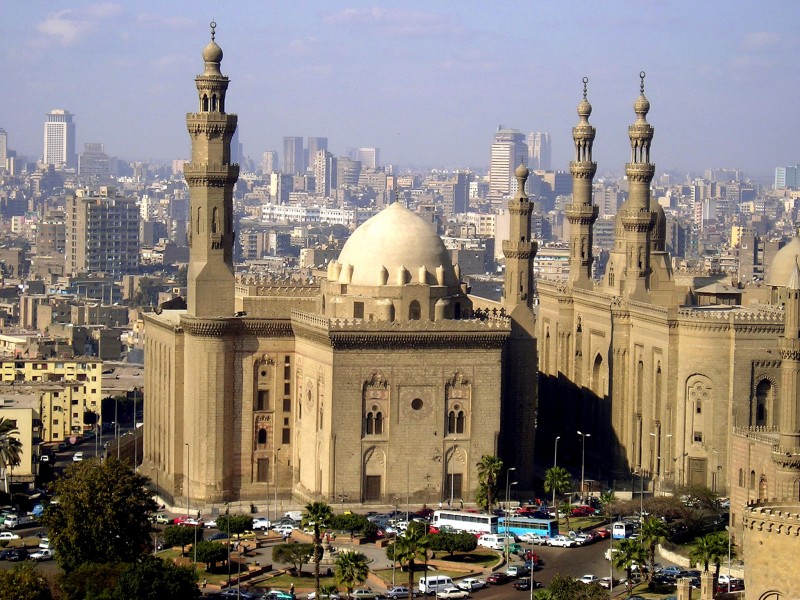 Sultan Hassan is the seventh son of Sultan al-Nasir Muhammad ibn Qalawun. He ruled Egypt after his brother Al-Muzaffar. He was 13 years old and was under the guardianship of Shaykhun al-‘Umari. However, he took over the throne and took his place as his good brother, but he returned to power for six years until his disappearance. The reign of Sultan Hassan ibn al-Nasir Muhammad ibn Qalun in 1356 AD and completed its construction in seven years after the death of the Sultan and the decoration was not completed inside him due to the killing of Sultan Hassan and not to find his body and was not buried in the mausoleum, but buried Bih and his sons Ismail and Shehab The construction work of the leader and one of his princes is Bashir Aga Al-Jamda     The building of the mosque in the period of conflict between the kingdoms of the sea and the tower and ended by overcoming the kingdoms tower to the King and Muftel of Sultan Hassan and disappeared forever The mosque is the top of the Islamic architecture in Egypt and the right in terms of magnificence and splendor and luxury architecture and gathered all kinds of arts And the strange muqarnas.

Design of the mosque: The layout of the Sultan Hasan Mosque is based on orthogonal planning, with an open courtyard surrounded by four ions, each of which is covered by a vault. The deepest of these is the one that is located in the direction of the prayer chapel. It includes the mihrab, the minbar and the dakkah. The courtyard consists of four doors, one at each corner open to four schools representing the four schools, the largest of which is the Hanafi school for its spread in that period. Each school has an open courtyard and Iwanah, and in the middle of the courtyard is a fountain. Some burial room is located behind the qibla wall and for the teacher There are two minarets located at the eastern façade. The main entrance is located at the western corner of the northern façade. The style of the school shows the Seljuk influence on Egyptian architecture. 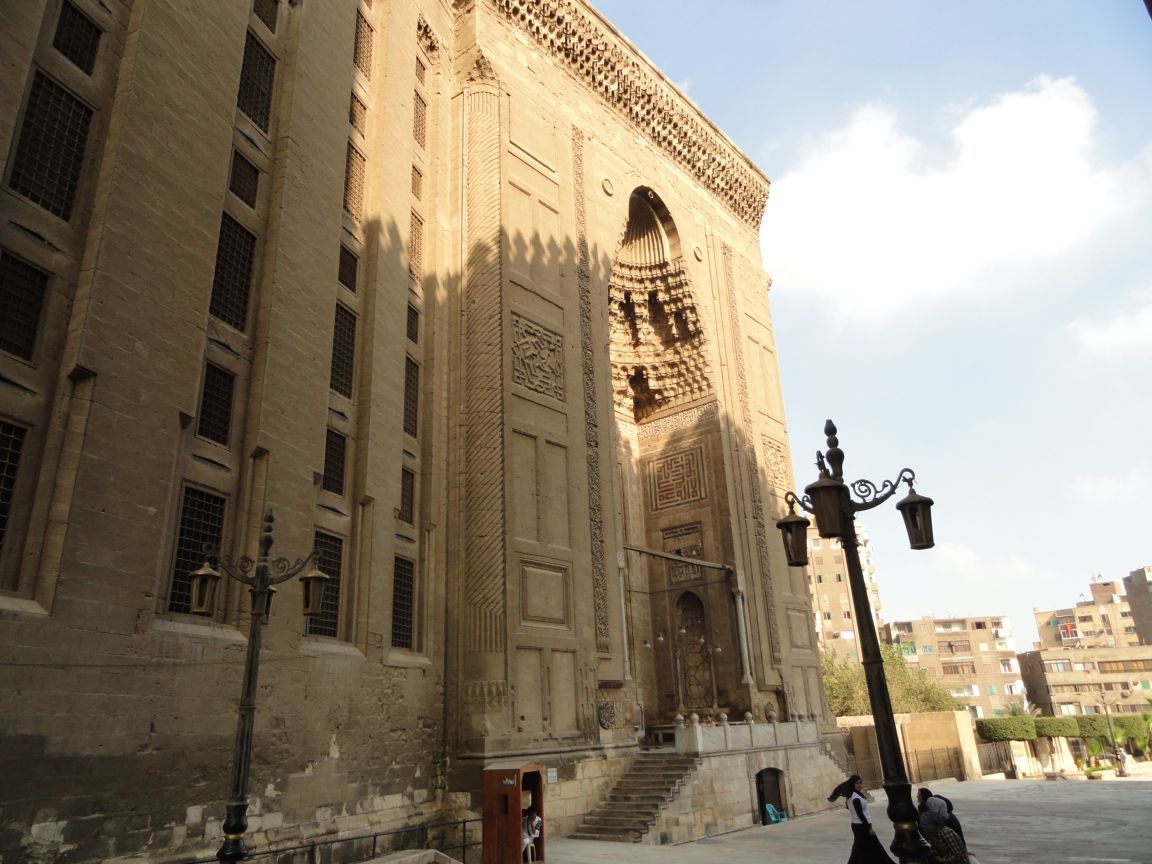 Dimensions: – Width 86 m, length 150 m, height 37.7 m. The most important arts of the mosque: The mosque is characterized by its intrigues, which are attributed to the Sultan Hassan, made of enamelled and vase-like glass. It consists of three parts of the body, neck and base. The handles attached to the hull are surrounded by almond-shaped loops, finely cut and decorated. The mosque is now a tourist attraction frequented by everyone from all over the world. The beauty of the Islamic architecture is located in the citadel area of ​​ancient Egypt. 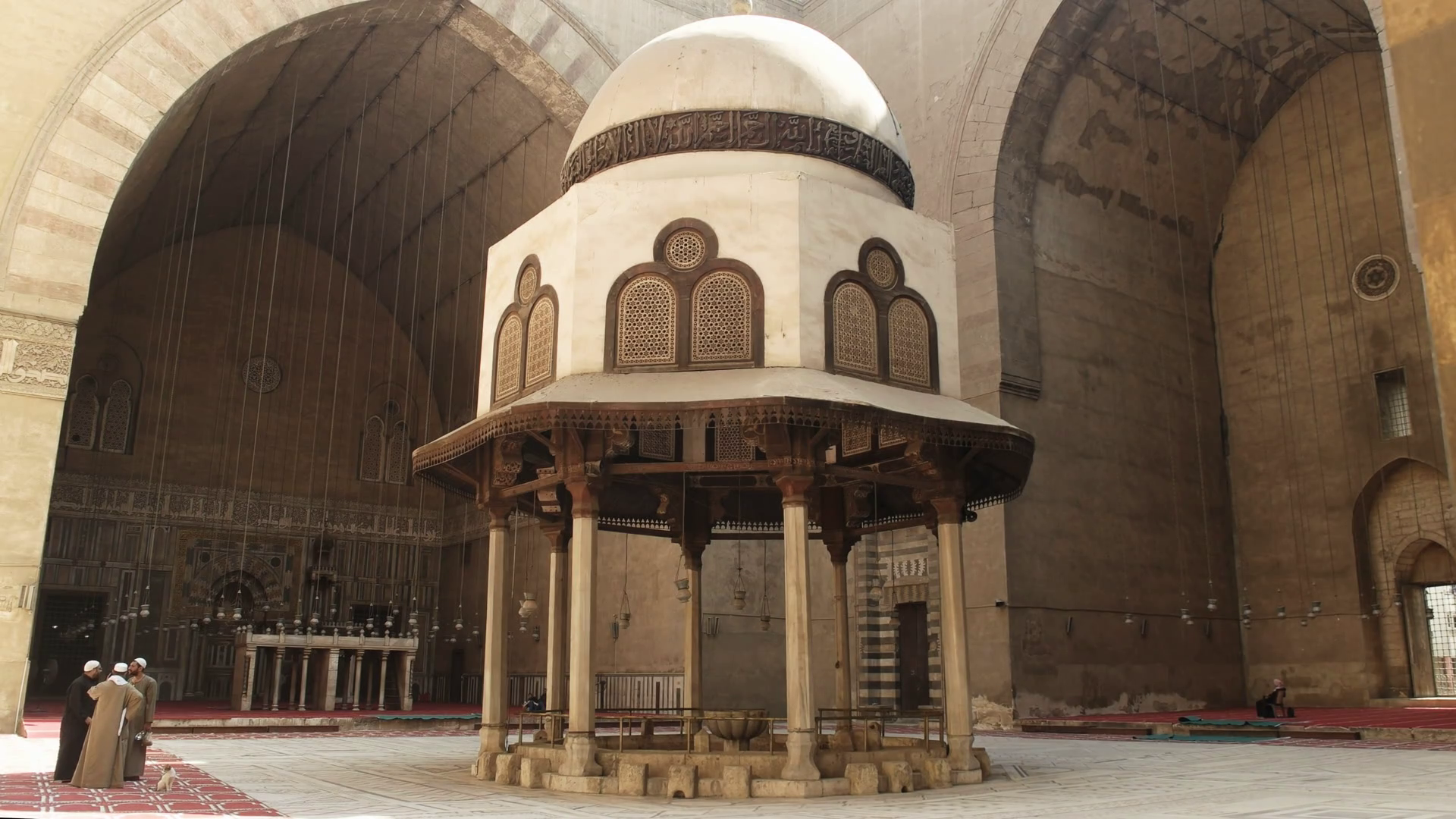