The citadel in Cairo is one of the most important city attractions. The castle of impressive size was erected by Sultan Saladdin in the XII century. The main objective of this building was to protect the Old City from enemies.

The Egyptian Sultan, together with his successors, used the southern part of the citadel as the official royal residence, and the northern part as a military garrison. In addition, many other palaces and mosques have been erected in the Cairo fortress, well-preserved to date.

The citadel consisted of watchtowers, the main building and the gate. The city gates were built at different times. Cairo Citadel had a very good location, so that it was virtually inaccessible to the invaders. During the reign of the Ottoman Empire, the residence of the Turkish viceroy was located in the citadel.

Nowadays practically nothing has been preserved from the original Cairo citadel, except for a part of the fortress wall and Boer-Yusuf. The most prominent attraction of the citadel is the mosque of Muhammad Ali, built in the nineteenth century. The huge main dome of the mosque, whose height is 52 m, dominates over the entire Old Town. Under Ottoman law, it was forbidden to build a mosque with more than one minaret. But the mosque of Muhammad has two minarets, which proves the intention of Muhammad Ali to no longer submit to Istanbul.

On the south side of the Mohammed mosque is the Al-Gawhara Palace, which was used as a museum of jewels. Today, the palace has a historical museum, which houses a portrait gallery and stores items of royal furniture. In the northern part of the citadel was a military unit and a prison. Also behind the mosque you can see the famous Joseph’s Well.

Every year thousands of tourists from around the world come to admire the remains of the once great and invincible citadel.

The mosque of Muhammad Ali was built between 1830 and 1848 and is located in the Cairo Citadel. It was built in memory of his beloved son, who died at the age of 22.

“Here is the tomb of Muhammad Ali himself, who died in 1849. His body was transferred here in 1857. The burial sarcophagus is made of very valuable Carrara marble brought from Italy.

»The mosque is located on the highest point of the city and is visible from all parts of the city. Very beautiful colorful construction that crowns a large dome with a height of 52 meters and a diameter of 21 meters with two high pointed minarets. 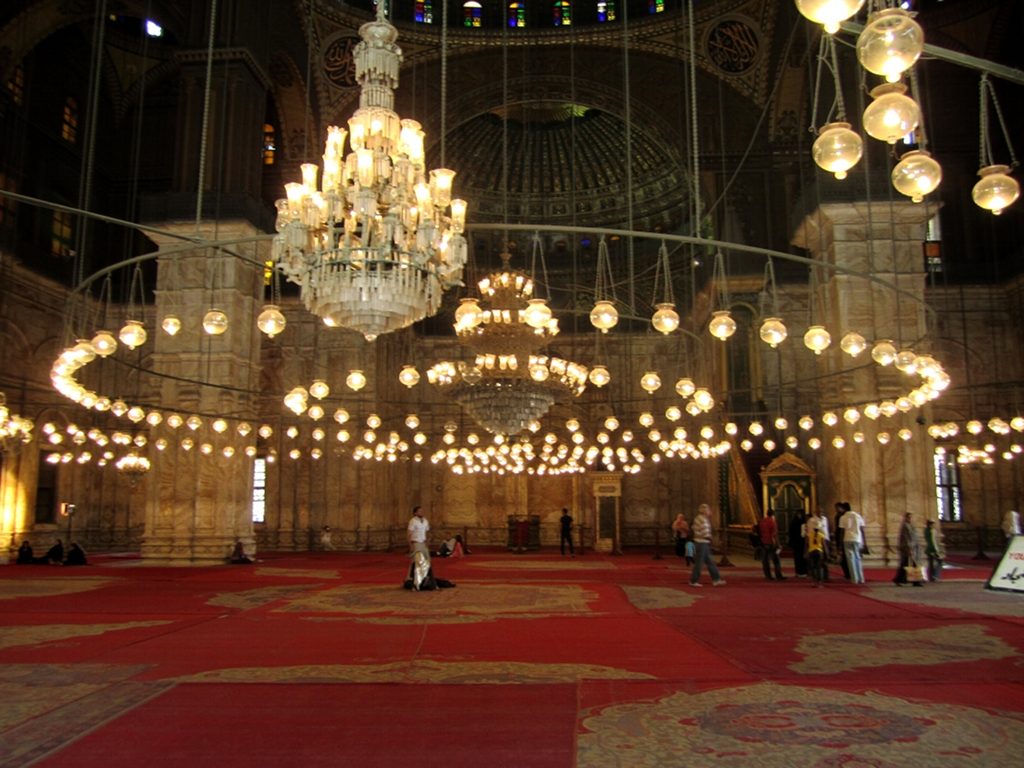 »The entire building, both outside and inside, is decorated with patterned stone carvings. In the courtyard of the temple built a clock tower. This watch was donated by Louis Philippe, King of France.

“The mosque is the main attraction of Cairo, so all tourists, even women, are allowed to enter here, subject to the dress code. 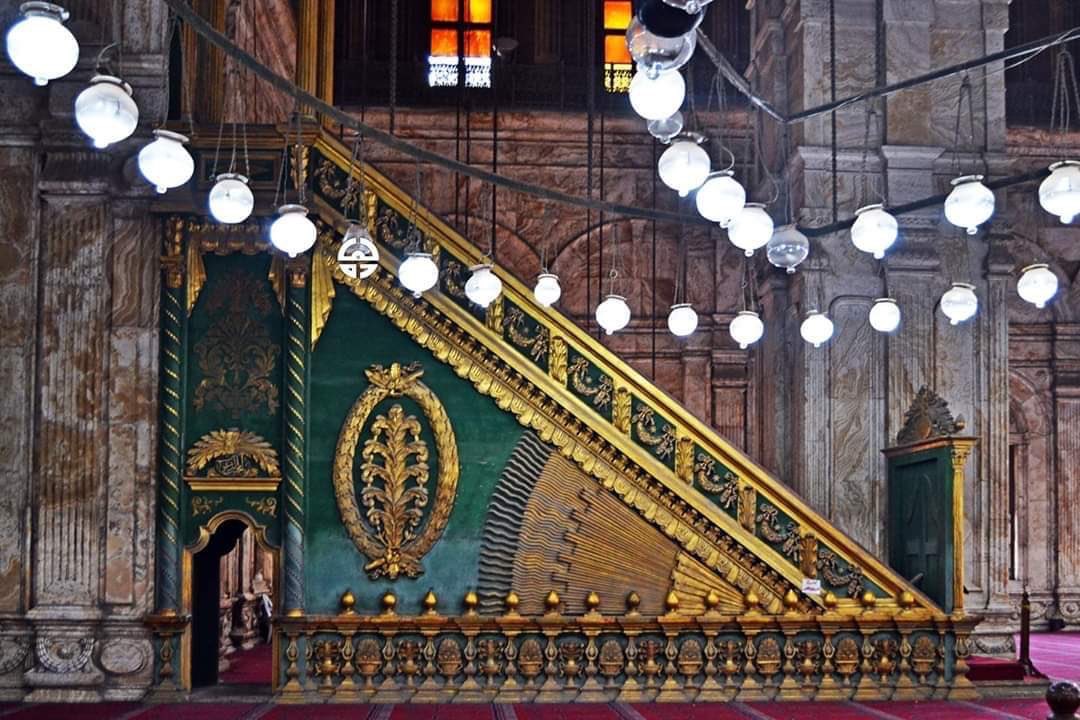