Located very close to the Al-Azhar Mosque, Bab Zuwayla is one of the oldest gates in the city.

At the beginning of the eleventh century, the walls surrounding Cairo did not offer much protection. Built of mud bricks, they had shown signs of being ineffective on more than one occasion. On the other hand, the city had already exceeded the limits of its own walls and the construction of a new circle of protection was indispensable. It was so at the end of the century that a second wall was built around the city . Bab Zuwayla is the southern gate of this wall , and today is one of the oldest monuments in Cairo. 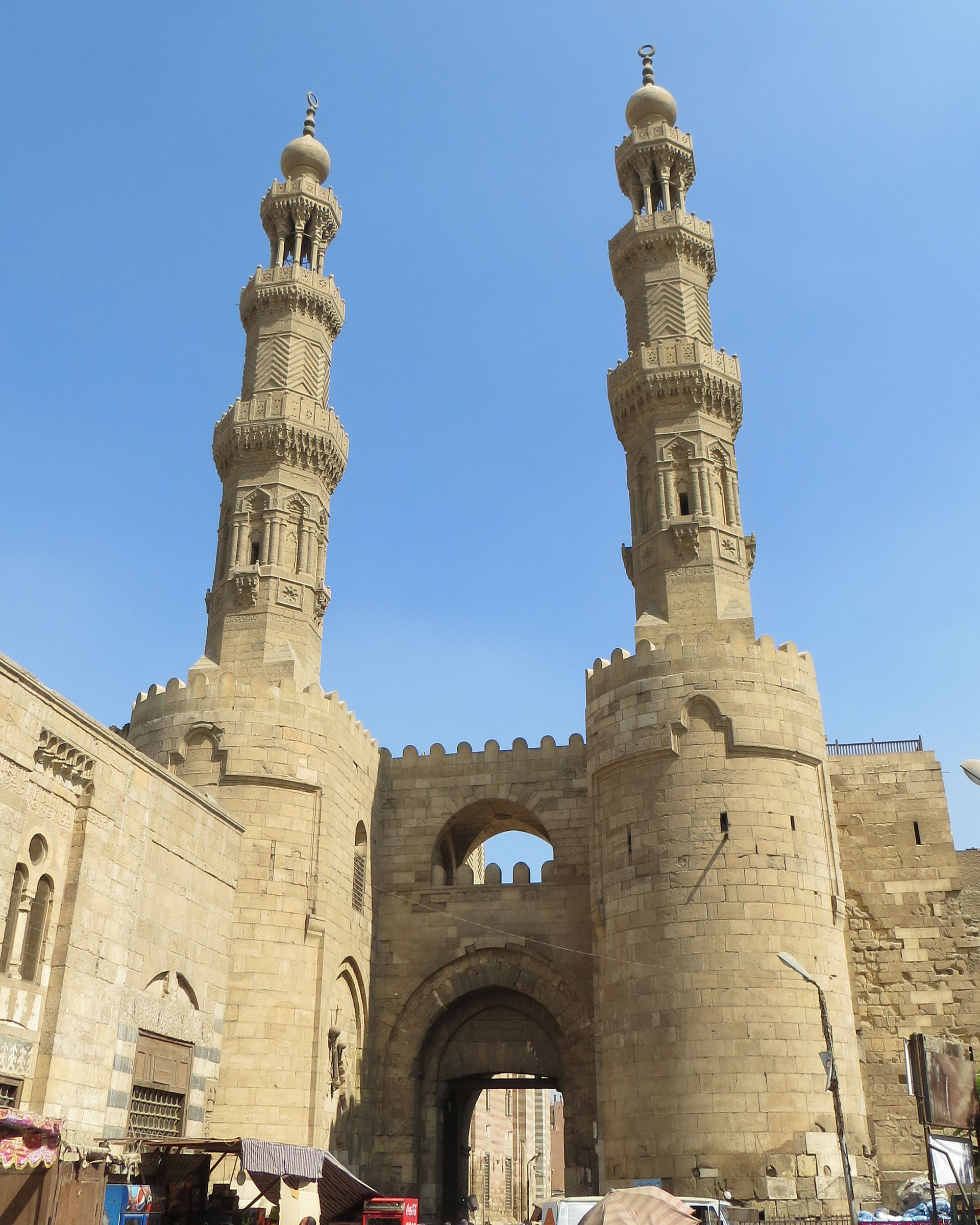 Bab Zuwayla marked the southern limit of the old Fatimid city. The door was named after the tribe of Berber warriors of the western desert called al-Zawila who were in charge of watching it. Throughout history many messengers, invaders and even enemy monarchs have been executed in the place and their remains were exposed in Bab Zuwayla so that everyone could know the risks of challenging the power of the walled city.

On the sides of the door there are two minarets that belong to the Mosque of al-Muayyad, located right on the inner side of the door. The minarets are based on two semicircular towers built mainly in stone. From the towers could be seen in the past the possible invaders, while from its platform the sultan could see the beginning of the pilgrimage to Mecca every year.

Currently the minarets are open to the public and if you are willing to walk up the steep, narrow and dark internal staircase the reward will be one of the best and least known views of Islamic Cairo .